APN: Can closing papers be offset by digital?

The closure of APN regional papers in NSW and SE Qld comes as no surprise.

Nevertheless, it is a sad indication of the ongoing shrinkage of regional media choices. The fact is, that current indicators suggest digital will not save APN's regional news franchises.

APN announced yesterday that it would close the Gold Coast Mail and Robina Mail, and reduce the Tweed Daily News to a Saturday paid print edition only and the Coffs Coast Advocate to a twice weekly freesheet.

It's worth mentioning that the Robina Mail only launched this year.

APN Regional Media CEO Warren Bright told the SMH yesterday "We will probably improve our focus on news because we will be breaking it online and will provide people with strong weekly newspapers, and we'll be relaunching weekend editions.

In an official statement Bright said, “We also have strong digital audiences in each market so it makes sense to combine a constantly updated digital news service with this modified print offering.”

That is either a triumph of optimism, or a cynical piece of corporate spin.

Here's what I know:

The Tweed Daily news has been losing money for years. In 2009 APN considered selling or closing it down. The only likely buyer was News Ltd and the view at the time was they might pay $5. Closing the paper meant taking a write-down hit that then CEO Martin Simons wasn't willing to take. So they "relaunched" it, effectively kicking the can down the road.

The TDN web site (mydailynews.com.au) gets something in the vicinity of 30-40,000 UBs per month, average page duration of 45 seconds, time on site of about 3.5 minutes. In online news terms that is not a commercial amount of traffic, and without a newspaper to promote the web site the audience is unlikely to grow. So on it's own it is not the solution. 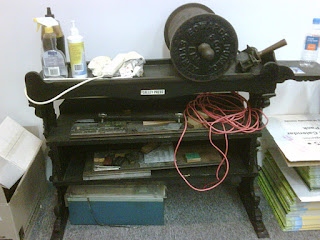 Meanwhile, the Gold Coast Bulletin is rubbing its hands in glee. They can expect to pick up, not only the few readers who were still buying the Tweed Daily News but the real estate advertisers and what is left of retail, auto and jobs in the Tweed market.

Further south in Coffs Harbour The Coffs Coast Advocate has been free two days a week for some time, whilst paid the other three, but will now only be available twice weekly. This is probably where most of the job cuts will come from as the Tweed office has been gutted already. All APN offices run on a shoe string, but Coffs had been able to maintain some strength due to its recent success against the Fairfax owned Independent and the relative size of the Coffs area footprint.

Still, that hasn't been enough to save it.

Can the Advocate web site rescue things? Again, it has a similar problem as Tweed.

The http://www.coffscoastadvocate.com.au averages 40-50,000 UBs per month, with an average page duration of 41 seconds and time on site of 3.3 minutes. These numbers will not deliver much in the way of advertising revenue on their own. And note, only about half these number will be local readers. In other words about half this audience is of any value to local advertisers. the same is true of most of APN regional news sites.

Taken in isolation, the future of APN's Tweed and Coffs businesses is bleak. The next round of closure - my guess probably some time in the middle of next year - will be final.

The question has to be asked: How does a previously profitable business running multiple monopoly franchises across some of the country's strongest regional centres get to this point? And we can be sure it's not over yet, the Warwick Daily News will be at risk, and certainly the Sunshine Coast Daily is in a very precarious situation.

In 2006 APN regional newspapers had revenue in the order of $125m. In 2010 it was something like $55m. That's a helluva drop in four years. Some of it has been explained by the GFC, some by extreme weather events and the effects on tourism and agriculture. But at the heart of this company's problems is a failure of management.

At the beginning of this year a new CEO took over at the APN Group level, and in turn appointed a new CEO to the regional newspaper business. Both men were touted as being digital immigrants, at least.

The digital structure these men inherited in Qld was significant. In the previous four years APN had invested substantially (and appropriately) in building a web platform and an infrastructure of expertise to drive training, sales and distribution at both a local and national level.

For some reason this does not seem to have been leveraged effectively.

Meanwhile, print circ and revenue is still dropping and the only mitigation strategy seems to be cost reduction.

APN is often described as the biggest (Australian) media company no one has ever heard of. For years that anonymity served it well as it went about its work as a serious cash generator shipping substantial amounts of that revenue offshore to the O'Reilly's and INM News & Media. Since the O'Reilly's reduced their holding in 2009, and then a flurry of shareholder activism generated some media attention around the AGM in 2010, APN's inner workings have become more exposed.

Still, it's a story that hasn't yet been fully told. As a diverse media holding, the APN group had enormous promise in the late nineties and early noughties. Since then, and despite commendable efforts from some corners of the operation, it has failed to live up to that potential.

I sat in on the Media Inquiry in Melbourne this afternoon, and listened to the ever thoughtful Paul Chadwick.

It was an absorbing session, and whilst it is probably clear that the most likely outcome is some increased influence for the Press Council, and not much else, nevertheless the process seems to have been worthwhile. And, in fact, that outcome may be just about ideal.

But amongst all the talk of the threats to democracy and the power of the media, it struck me that an important historical point has been lost.

Inquiries like this start from the point of view that the media is a necessary evil, that it's a loose cannon needing to be controlled or regulated in some way. The underlying theory is that some influence needs to be brought to bear against the worst excesses of greedy moguls or uncaring shareholders.

All of that may be a fair cop, guv. But it does overlook one glaring positive.

Since the rise of a global media in the second half of the twentieth century – whether that be international wire services, CNN, the BBC, blogs, Twitter or digital radio – we have lived in an Age of Communication.

Digital only defines the latter part of that age. So let’s not get hung up on “citizen journalism” or Twitter.

What struck me as I listened to the discussion this afternoon – particularly as Paul Chadwick, who is clearly a student of history, referenced aspects of the long cycle of media influence and its roots in pamphleteering – was that a key aspect of post-industrial revolution western democracy, up until the mid-twentieth century, was militaristic.

I’m not suggesting that things are particularly peaceful in all pockets of the globe at the moment, but within and between western democracies it is true to say there is no threat of imminent war. And when you contrast that with the first half of the twentieth century the difference is startling.

Right now Europe’s economy is under greater stress than it has been since the 1930’s. The US economy is marginally better. These zones have been the driving forces of economic growth for hundreds of years. And yes, we know the centre of influence is moving from West to East.

But the point is that before the rise of global media, these economic stresses – and the communication technologies of the day – resulted in an inward nationalistic mindset that led to devastating wars. Two world wars were fought, millions died. Today no one is predicting that will be repeated.

Of course there are many influences to which this political stability can be attributed, but it is worth acknowledging that one of the very important components is ... the media.
Posted by hm at 8:32 PM No comments: